Since 1816, families have trusted Moody Funeral Home to serve and care for their loved ones. Our experience and dedicated staff can help you choose an appropriate service to suit your family’s needs.

The business was passed on to James Moody and then to his son Carl C. Moody. Upon Carl’s death, his wife, Helen Moody operated the funeral home under a widow’s license with her son-in-law, Carson J. Leber as supervisor. When Carson passed away, Helen’s son, James R. Moody, Sr. took over as supervisor.

Carson and Marion Moody’s son, Michael D. Leber, who grew up in a family where the funeral business was a natural part of life, is the current owner and funeral home director. He received his license in 1975 after attending the Pittsburgh Institute of Mortuary Science and purchased the funeral home from his grandmother, Helen Moody, in 1983. 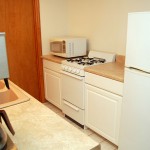 Since that time Mike has made many improvements to the funeral home.  A new addition was added to provide another viewing room, a larger entryway was created providing handicap accessible ramps, a small kitchen area was added downstairs so families can enjoy coffee and snacks between visitations, a new parking lot was created, and a more modern preparation room was established in the basement, allowing the original viewing room to be expanded on the first floor.

Although we have made many physical improvements, it has always been and remains our goal to serve our community in their time of need.

Designed and Hosted by DTS.